THOUGHTS ON THE UK, THE ELECTION, THE ARTS AND THE ACTOR 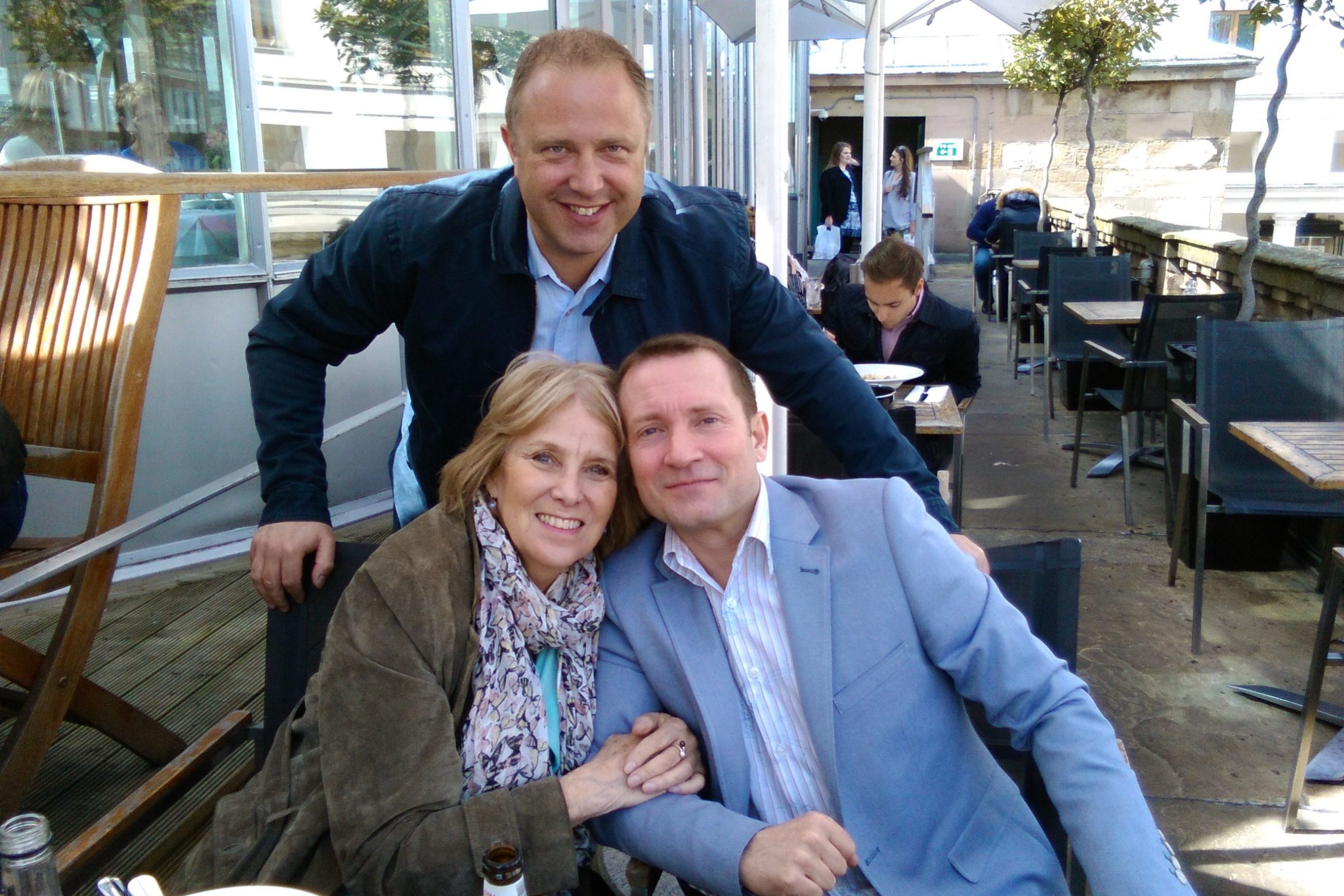 Just got back from the UK again, after a good two months doing the round of friends and getting rid of ‘stuff’..it’s that time of life, when we don’t need so many things…or shipping it back to Idaho for my son to sift through or have a giant garage sale.   Interesting things going on, working with new contacts to get newchillingtales.com moving on a bit further, want to do one more video and that will be a five for the series, or link together as one film.   The weather was wonderful, like a beautiful summer, instead of early Spring.  Here I am with two old friends Terry Dewell and Nick Hughes, who worked with me at Merrow Language Recruitment, which I inherited from my father.

The UK is at fever pitch at the moment because we have a General Election coming up next week and it seems that nobody knows which way it will go.  Voters are waiting till the last minute to vote.  I find politics and all the hustling, pontificating and jostling that goes with it, difficult.  The traditional lines are getting blurred and neither left nor right seem to make total sense anymore.  But I get that feeling with much of the world….the world has shrunk so much with the constant flow of information, the internet and the extraordinary way our financial world is handled, which seems to have a life of its own, quite removed from the rest of us ordinary people…I will shut up about all that now, it’s just me waffling on.

I was really glad to see that Equity, the UK Actors Union seems to have got back some of its ‘teeth’ now and is getting much more support from within the Industry.   The Screen Actors Guild here in the US, has always been strong in supporting its members, but finding a way to keep up with the changes in the business, without obstructing it too much…the balance between Unions and the commercial world has always been tricky.  However those with the cash must support the Arts more, on both sides of the Atlantic.  Wouldn’t it be more satisfying to back a good play or film than to buy another Maserati or pair of Christian Louboutin shoes?  So many young actors and technicians are working for nothing or next to nothing just to exercise their talent in decent material and more investment in the Arts would help to stop that. The Arts are important, they give us a break from the relentless pressure and difficulties of our modern world, so you people out there with loads of ‘dosh’ give a some of it to the Arts, don’t be cynical in a cynical world.

Final word…… rather reluctantly I went to see A LITTLE CHAOS and loved it, it’s a grown up film for grown ups.  Some might find the pace slow and the subject remote, but the genuine feeling and depth of the characters make it a go see film for my money.   I like some of the gentler paced work that’s coming out.  I have started on WOLF HALL on PBS here and enjoy the slower pace, fascinating people and convoluted plot line, all historically true.    Mark Rylance is one of the finest living actors of our time…so friends, put those two on your watch list and see if you agree.  You may find them a bit slow and maybe a little dull, but, if you take the time and make the effort, they will challenge your hearts and heads and we don’t want to be watching fast paced Hollywood block busters ALL the time.   Mark Rylance is pictured here.