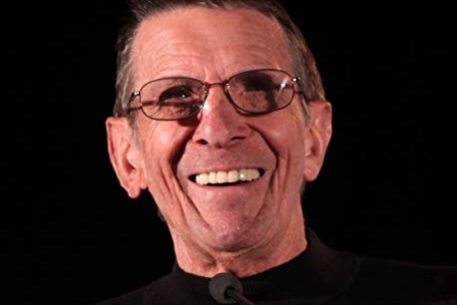 Another actor I worked with just died…Leonard Nimoy… and I am sad, looking back at the Mission Impossible, I made with him, we played adversaries, who fall in love, not in the plan.  And I did fall for him, just a little, he was an intelligent, kind and lovely man and I loved working with him.   I know most people will remember  Leonard as Mr Spock, but he was so much more than that.   This business is strange, sometimes we put on funny clothes and makeup for a nice ‘gig’ and thats it, we move on. Then that role turns into a world wide phenomenon and grows beyond anything we can imagine and  we get ‘stuck’ in that part.   It’s really hard in Hollywood, as it’s almost impossible to get another part if you’re known for one extraordinarily successful role, you’ve made so completely your own.  It’s many actor’s dream, especially those who are really only good in one part, the money and the fame are seductive.  Leonard was better than that and we might have seen him in much more, given the opportunities.  Dont have a picture of me and Leonard in the show, just Peter Graves (another nice guy) and me!  I have learned in this business that often the best people in this industry are at the top.   Maybe because they’ve made it and know it takes a lot to hang on to your soul, to be successful and maintain the acting standard.

That’s one advantage in the UK, the money is not the same and you need to carry on to make a living.   Benedict Cumberbatch could have fallen into the same hole with Sherlock, he is so good and engaging in it.   However he has moved on to other really interesting roles and is now an international star actor for so many performances.