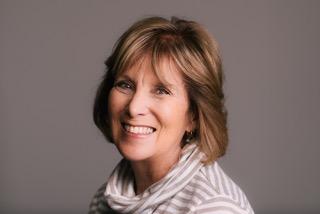 Saw RUSH and really loved it, of course Formula One racing is thrilling to say the least and a sexy sport.  The acting was excellent…didn’t know Chris Hemsworth is so good  and the direction, Ron Howard of course, terrific, plus the photography.knew bit of the story, as James Hunt and Niki Lauda were so famous, but I loved having an inside look at their rivalry.  I dont usually write /talk about films I don’t like, but when we are all scrabbling around for money to make movies, there are two that got funded and really shouldn’t have been, in my humble opinion…. maybe I am completely out of touch.  I like Ryan Gosling, though he is more of a star than an actor, but ONLY GOD DECIDES was really dismal. The story was so corny and overdone and Kristen Scott Thomas was almost unrecognizable..a waste of talent there. It will be interesting to see if Nicolas Winding Refn continues a successful career.  DRIVE was OK, but again did not engage me as it should.  Refn is Danish and I usually like Scandinavian film making, but I cant say I am a fan of this Director!  However I loved the Danish movie THE HUNT, with the wonderful Mads Mikkleson. (Wasted in the TV show HANNIBAL).  Think it will be a strong contender for the Oscar for best foreign film.  We shall see.   The other film that bored me to tears this week, was THE BLING RING and I really admire Sofia Coppola as a Director, loved LOST IN TRANSLATION and her film about Marie Antoinette.  I think THE BLING RING should have been made as it makes an important statement about a true story, a gang of middle class kids breaking into and stealing from “celebrities” mansions, those people who have more money than  they know what to do with and waste on endless fashion and accessories.   Of course this manic spending is good for a few businesses and keeps quite a few people employed, so I will say no more about the unbelievable waste of money.   However the teenagers were so vapid and shallow, that they did not make for an interesting story, so cant say I was engrossed with that film!

However it seems that the Industry in Hollywood is in quite a state and many of the heavyweight Investors are moaning about some of the losses the big blockbusters are making and the films that cost a lot and did not live up to expectation financially.  There are a couple of big budget films that are doing well and will do well in the Awards season…GRAVITY and CAPTAIN PHILLIPS, both stunning action movies, but with leading characters, who are engaging and fascinating, played by talented and charismatic actors.   It surprises me that the great and the good (the decision makers) in Hollywood dont get it.   You cant make fomulaic films and sequels, without the elements of a great story, well told and acted and expect the public to come in droves.  The public is not stupid and one should never underestimate an audience, a mistake often made by the decision makers.  Yes Entertainment is a commodity, a product, but it has an extra undefinable element, that cant be controlled by those who dont understand it.  That’s the difference between the old Hollywood Studio Heads, the moguls and the present day ones.

That’s enough rambling on for now folks…on we go!