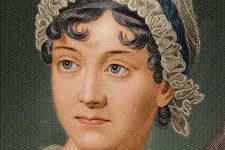 My Favourite people this week are

Justice Sandra Day O’Connor and the English writer Joanna Trollope.  Both are talking about the falling literacy rate in both our countries.  Justice Day O’Connor is appalled by the fact that too many Americans have no idea which three branches of government exist in the US.  This is amazing .. the country is the middle of one of the worst crises in Government and I suppose many people do not really understand what is going on.

Joanna Trollope has been writing that the schools should go back to teaching young peoplethe books of the great writers…Jane Austen, The Brontes etc.  I do so agree…the waste of opportunity to get young minds working and imagining is sad.

I have been making a series of short films New Chilling Tales, based on the great horror stories of the nineteenth century..we have four films so far and are sticking as closely to the way the tales were written, no gimmicks, no period changes, just the plain story.  They are evergreen tales told by the great writers.  My secret hope is that having seen the films, people might be tempted to read the story.  We shall see, best thing is to keep plugging away, despite the nay says.

Jane in The Yellow Wallpaper

The sadness of this time and I avoid the word generation, because we are all guilty, is that we are indulging an endless fodder of pap…comic book characters, trite stories, with no character, magazines full of gossip, online gossip…the list goes on.  It is largely driven by consumerism and advertising and we have to change.  Also I think the culture of sleaze has put women’s rights back years, what a shame, when we have fought so hard to be taken seriously.   Anyway enough of all that.  But come on you bright talented ladies, you dont have drop your breasts out of your dress every five minutes( they did that 300 years ago, it’s slightly out of date) or become a “b……buster, history is full of women who got their way with much more subtle methods,provided you use your brains to do it!