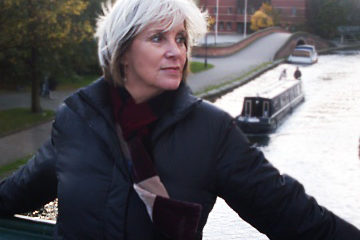 As I watched the Golden Globes on Sunday, I mused about the two ceremonies I had attended, the first when I was nominated for THE LION IN WINTER and second time when friend, Anthony Hopkins was nominated for SILENCE OF THE LAMBS….. I went along as his pal, because Jenni, his wife was stuck in England.  I didn’t win and Tony did not win, which was very surprising, but never mind he went on to win the Oscar that year.  This is the thing about the Golden Globes, that those expected to win,  often do not win, but go on to win at the BAFTAS and Oscars.   I think this may happen this year.  The good thing about the Golden Globesis the nice way the Hollywood Foreign Press Association separates Comedy from Drama and again with the leading performances.  I was so pleased Leonardo DiCapprio won, as I thought his performance was hilarious and excellent.   The mark of great acting is to take the chances that will possibly make you look ridiculous.  In this case his absudity worked and made his performance.  I had not realised that THE WOLF OF WALL STREET was a comedy, but in the masterful hands of Martin Scorcese, it was what it was supposed to be……. a close look at a bunch of idiots, who managed to make loads of money, ( and then blow it all) by fooling a public, often too gullible not to be greedy.  I loved Matthew McConaughey‘s performance in DALLAS BUYERS CLUB, win well deserved.  The women did really well and of course a wonderful win for 12 YEARS A SLAVE, an extraordinary story, that needed to be told.  The standard of black films is extremely high, FRUITVALE STATION is a great movie, see it!   Long though it is MANDELA is an excellent film, although it’s hard to make a film more riveting than the real man;   I think that Idris Elba, is one of the most talented motion picture actors, with the necessary charisma to come along.    I liked THE BUTLER too very much, but felt that the film would have had an even stronger impact had the Director cast really high profile, charismatic actors in the parts of the Presidents.   These were after all, the most powerful men in the world, at the time that the Butler worked with them and they should have dominated the scenes they were in.

Now I will stop being an armchair critic, how easy is that, but loving the business as I do, it is irrisistable to comment.