BACK IN THE US AGAIN 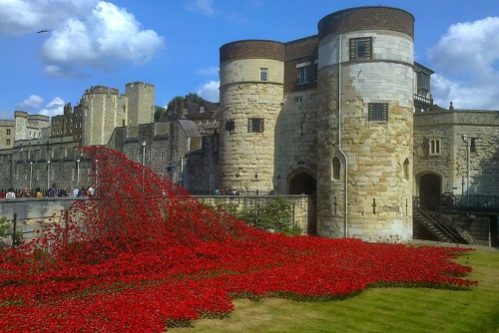 Just got back to the USA again after an eventful and very interesting trip to to the UK.  Things are changing rapidly in the country, people are moving out of the capital, London, because property prices have risen so much that many cannot afford not to sell and move to the country or smaller cities.  London is now one of the most expensive places to live in the world and the poorer population is finding it increasingly difficult to stay, as low cost housing is being sold off as private homes.  Affordable housing is no more and there is a lot more homelessness in London.   The city is almost Dickensian again, with the rift between the rich and the poor.  And of course being part of the EU offers freedom of movement and freedom to work across Europe, plus the UK’s generous social support, including free medical for all, makes it even more attractive, for many new residents.  London is no longer the city in which I grew up.

Remembrance Day took place while I was there this time, the day we remember and give thanks for the millions of men who gave their lives in War, to preserve the independence of the free world from tyranny.  This year was the 100th anniversary of the start of World War I, which saw a whole generation of young men completely wiped out in four short years.  There was an amazing display of nearly one million ceramic poppies, planted in the now dry moat, encircling the Tower of London, each dedicated individually to a man who gave his life for our freedom.   As my son commented he was glad that Veterans Day was observed on its proper day here in the US,  the 11th November, which fell on a Tuesday and didn’t just become part of a long weekend, which it has done previously.   We must never forget those who gave their precious lives for us.

I did my public appearance at Hammer Films 80th Birthday Convention, which was a great success.  I sat at my little table, must have signed about 200 pictures, had about 80 pictures with fans, all very gratifying.  The people who like us actors and take the trouble to seek us out, have pictures signed and their picture taken with us are the life blood of the industry, we are nothing and nobody without them!  So thank you to all who came along and went home in a torrential downpour!!  I was really happy to run into a few old friends, especially Leslie Bricusse and his wife Evie.  Leslie is an Oscar winning song writer and it has been too long since I saw him and Evie.  I am showing off now, but I used to trundle up to their house in Beverly Hills, when I was living in LA and often run into the late great talented Sammy Davis Jr, who was a friend.  Leslie wrote “The Candy Man”, one of Sammy’s great hits.  They were heady days and I do love and appreciate real talent…class acts all the way.

Now I am back in Boise and happy to be close again to the family, although the skies decided to dump several inches of heavy snow the day I arrived.  Here I am and so is winter, having seen dear friends again for a brief two weeks.