BACK ACROSS THE POND AGAIN 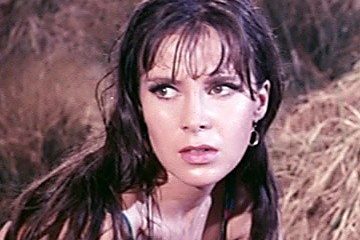 I am off back to London this week.  I have been invited to appear and sign pictures at Hammer Films 80th anniversary at Westminster Hall.  I am looking forward to it, sounds like fun and I hope to see a few old faces, hopefully there will be plenty of us still left……a few have left us, since Hammer started.   I worked with Sir Christopher Lee in a Sci-Fi Horror film called  THE NIGHT OF THE BIG HEAT aka ISLAND OF THE BURNING DAMNED.  We were part of a group of people, fighting to survive against aliens, which had raised the heat of the island we were on to unbearable limits.  Only thing was, we filmed in the heart of winter, running around in very thin clothes, dripping with glycerine (fake sweat), while were freezing our b…tts off!   Such is the world of movies.  Hope Christopher makes an appearance, so I can say “hello” again.

Today there is a screening of the BBC’s production of “1984” at  Southbanks BFI, in which I appeared as ‘Julia’, in 1965, with David Buck.  It is a brilliant book and terrific screenplay, adapted by Nigel Kneale from George Orwell’s book and it is pretty good, though I say it myself.  It was directed by the excellent director Christopher Morahan and I am proud of it.  We were so lucky in those days to work on such great pieces of material, almost as a matter of course.

Two of our New Chilling Tales showed at the new Idaho Horror Film Festival last week.  They put on a pretty good show for a first Time Film Festival, you would have to pull all my teeth out without anaesthetic, before I would put on and organise a Film Festival.  The only thing I will say is that too many young film makers are so obsessed with the blood, gore and graphic violence of Horror Films, that they don’t make the films very interesting.  There is a definite art to making horror films and it involves character, suspense and subtlety.  They need to watch a few old Hitchcock films to get the point.

And remember with elections coming up:

“Do you want to know who you are? Don’t ask. Act! Action will delineate and define you.”
― Thomas Jefferson

That’s all for now friends…more soon.