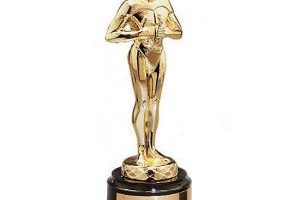 Been away from blogging for a bit..you might have noticed!   Anyway here I am again, still in London and making up for a bit of lost time.  I have found a lovely tenant for this flat for a bit and I have been trying to shed bits and pieces from the past, but still have packed and shipped about 26 boxes to the US….. don’t know where all the stuff will go!   A giant garage sale is on the horizon, once the family have had a look.

Attended two very nice events at AMPAS London, i.e.: the Academy, (Oscars), one a lunch to meet many of the nominees for the 2014 awards, which I really enjoyed, as there were many of the  young people from behind the camera.   It was rewarding to meet them, since they are the talent behind the cameras, those people who really gets us talent in front of the cameras looking and delivering our best.   I sat with some of the art department from the movie MR TURNER..who had really enjoyed working on such rewarding project, after the commercial demands of modern television and the penny pinching that goes on.  Also had an interesting chat with an established Producer, a real one, who actually produces and not one of the endless names on a film with the title ‘producer’,who have never actually shown their face on set, but may have have made a key introduction, to a star, or some money and then expected to be called a Producer.   Afterwards I counted all the ‘producers’ credited on a her new film and there were about 20, which is ridiculous, but much the way of the film industry, today… baggage I call them;  these people should be Executive Producers really, but such is the modern trend and desire for a more meaningful title, deserved or not.  The other event was a tribute to Douglas Slocombe, our Director of Photography on THE LION IN WINTER.    A few of us had one or two good words to say about and to Dougie, now the ripe old age of 102.   He is one of the absolute best in the business and his list of credits is amazing and wonderful.  His work demonstrates his talent, love and passion.

The weather has been beautiful here in the UK, loads of sunshine and I had a great day wandering around beautiful Kew Gardens, with a friend from Boise, Peg Owens, recently retired from running the government side of the fledgling film industry in Idaho, a not very rewarding role given there are a few people in the State government set against the idea of a film industry in Idaho.   You know, politics as usual.   I don’t understand the negative mind set, given that there is a lot of talent in Idaho, beautiful locations and light and it is an important industry in commercial terms.

I have also been catching up with some old friends, which has been fun and last week saw two, who had worked in my family business with me, while I was running it a few years back.   A happier part of what was not one of the easiest times of my life, not a barrel of laughs you might say.  They helped lighten the load and we did have some good times.   Here we are at lunch last week, Nick and Terry and me.