A BIT ABOUT THE FAMILY BUSINESS. 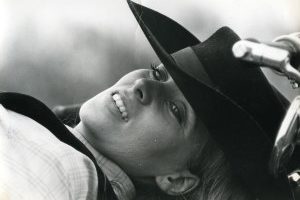 In 1965 my father William Merrow built up a great little alternate career and business in the Multi- lingual Recruitment field.   He did incredibly well and by 1992, Merrow Employment Agency Ltd had a great reputation and an enviable turnover.   Then it all went pear shaped, as is the way of the world and I had no choice but to step in and help out. Dad was not well, we had moved into incredibly expensive offices in Bond Street (equivalent of Park Avenue, Rodeo Drive: US ) we were having staffing and client retention issues and the economy was heading into a serious downturn. Plus yours truly hadn’t the faintest idea what she was doing, but this little treasure trove was paying all the bills in the US and the UK, so no choice but to keep calm and carry on! And we battled/muddled on through and came out the other end, thank goodness.

The best part as always were the people, staff and Clients, interesting and largely endearing characters all.   We won a wonderful contract with CERN (The European Research Laboratory for Nuclear Particle Physics), which we held on to for ten years, a record.   One of the most brilliant minds I met there, was the Head of Finance: M. Thierry LaGrange, whose lightening, mathematical calculations on a blackboard in our meetings left me breathless and confused. The Head of our Contract was M. Georges Leroy, a charming man who seemed to delight in driving me around the French Swiss countryside to the most delicious lunches.  I went down into the amazing tunnel running underneath Geneva, visited the Hadron Collider (on the left).   I would visit Geneva at least once a month to make sure that that the Merrow girls (the Merrow Mafia as they were called) were happy and CERN too.

They all were. We had our moments, one employee, whose employment came to an abrupt end, locked herself in a laboratory, threatening dire things after falling in love with her

Supervisor, one of the Scientists. I was summoned to Geneva to deal with her.   However I spent quite a bit of time at one of the most amazing places in the world and rubbed shoulders with a few of the most brilliant minds…Heady days. Other Clients included Delta Airlines and Air France and I even started an onsite school for teaching the basics of computing, WORD, EXCEL etc, all early days for that, then.   This was run by one of the best salesmen I have ever met…Paul…he really could sell ice to the Eskimos. Paul was a much larger than life character, who drank too much, lived too hard and could either charm the birds out of the trees, or make them so angry with his rudeness, that it was a miracle that they kept coming back for more!   Other people in the business dear to my heart were Sanna, our Swedish Office Manager, who kept me on the straight and narrow and as level headed, as I was not, on occasions.   There was Terry, the other Company Director, who was the Professional stalwart in the Company…he knew a lot more about recruitment, than I did. Nick, who had come in looking for a German/French speaking job in Investment Banking and was accosted by me on his way out, offering him a job in recruitment. I had two wonderful in house Accountants, French: Philippe and Swiss: Patrick who kept us on the straight and narrow and managed the incredibly complicated CERN contracts (we had 3 in the end), by paying the staff in Euros, billing in Euros, but converting from/into Euros/Swiss Francs/Pounds Sterling every month those payrolls rolled around. It took hours. Sage helped a bit, but there wasn’t much else. There was German Brigitta, terrified of EuroStar, because of the Tunnel, whom we hauled with us on a Company ‘jolly’ to Paris. We plied her with wine, on heading into the Tunnel. It was a very small company, never more than ten employees at any given time and there were the inevitable arguments, tantrums etc. Although those were incredibly difficult years, I am glad and proud of the experience.  Computing was coming in about this time on a more general basis and our first Web Site was built by one of the CERN graphic designers!

Was it a happy, easy time hmm!?   On the whole I would say yes…..and I would not have missed it for anything.   I missed acting and my own profession, not to mention my family in the US….although I did manage to squeeze in a couple of acting jobs. I was difficult, grumpy, high handed and certainly did not endear myself to everyone!   But I am proud to say, that I am still friends with most of the people and I hold them dear in my affection.

And that was MERROW LANGUAGE RECRUITMENT as it became.   It’s still there, I think our Buyer kept the Company.   This year it will be 50 years old… well done Dad and the rest of us!